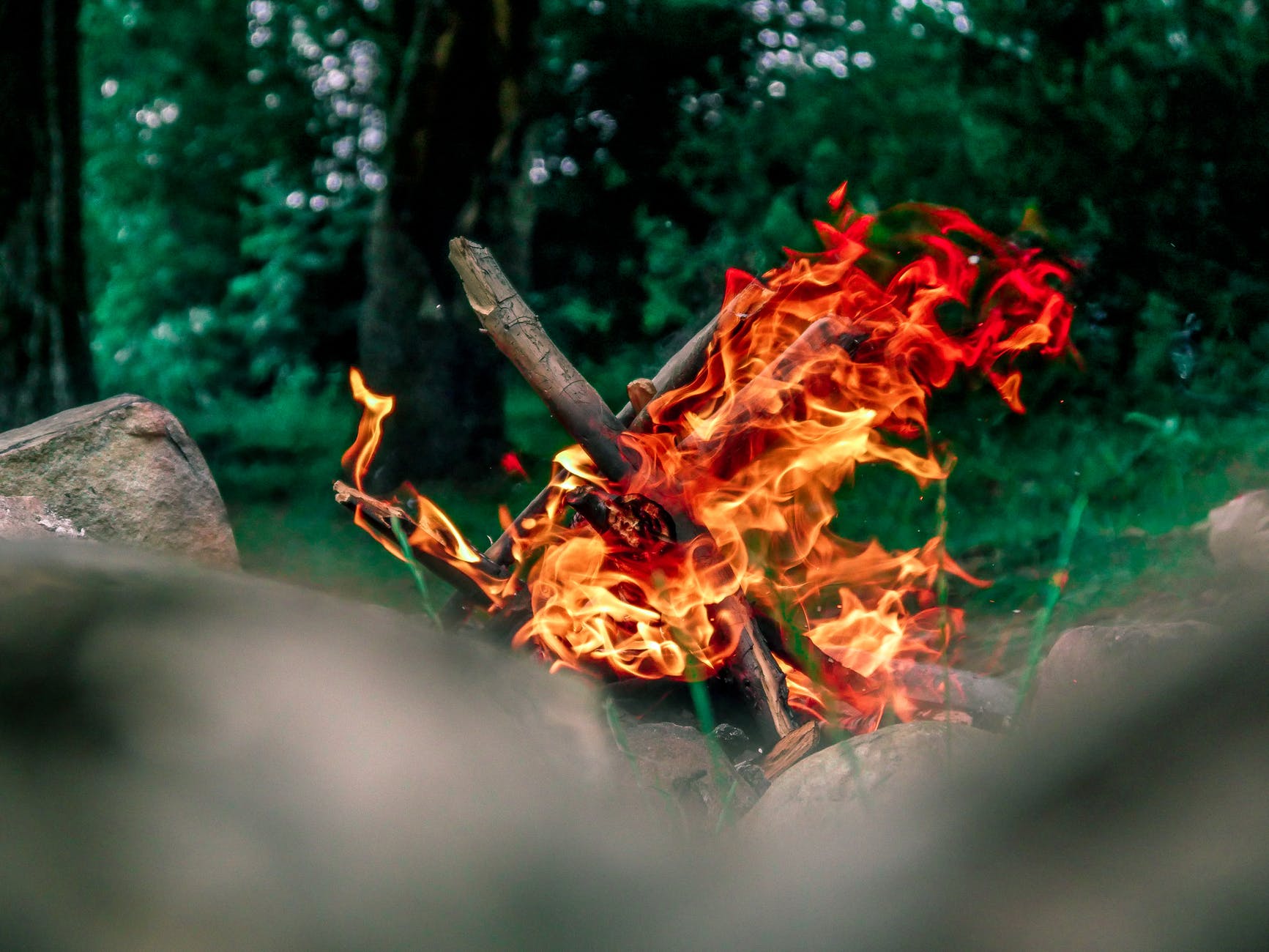 Photo by Roman Koval on Pexels.com

Within 18 minutes of our arrival, the children had shed most of their clothes, disappeared into the forest around Blanket Creek Provincial Park and elected a new leader to negotiate for marshmallows and bug spray from the adults.

They reappeared four days later nothing short of exhausted, but much richer for the experience. Seriously, they found, like, three bucks in change.

Such is the camping vacation in Canada, something you no doubt have experienced yourselves.

We forgot matches, not that you need them in B.C. The province is in a perpetual fire ban or it’s actually on fire, making matches redundant.

I wedged myself into the driver’s seat and didn’t move for 2 1/2 hours before arriving at our destination, just south of Revelstoke.

If you’ve never camped in B.C., remember there’s a system:

We camped mid-week, meaning we still had choices only two months ahead of time.

Blanket Creek is worth it. It has 105 campsites spread over 318 hectares, each generously divided by towering white pine, cedar and hemlock trees.

Compare that to Shuswap Lake’s 149 ha divided into 275 sites. Sure, it’s probably colder and seemingly has more bugs — plus it rained on our arrival date and our departure date — but that’s what camping is all about, dagnabbit!

Blanket Creek’s lagoon must be unique to this part of the province. It’s fed by the Arrow Lake Reservoir at the Columbia River, and while BC Parks suggests it’s “warm, man-made swimming lagoon,” none of us
could actually swim.

Spending more than 30 seconds in the water numbed your ankles enough that someone could’ve performed minor surgery on them.

A new shower building was set to open — two days after we returned home. Alas. There’s no power hookups, and there were also no noisy generators. Maybe we got lucky there, the rain scaring away some of the buzzing pests.

All of this was inconsequential to our kids. We camped with four other families throughout the week — 10 kids for nine adults.

I didn’t camp much as a kid, so I wasn’t sure what to expect. I certainly didn’t expect my girls — from ages three to six — to react the way they did.

They absorbed every second of our time there hiking, biking, running and swimming. (Are you impervious to polar ice cap-fed lagoons at that age?)

They didn’t stop. They barely whined at all. They asked when we could come back. It was a joy to watch.

We also spent our last day with Emily and Geoff Styles, teachers instrumental in the formation of the Shuswap Outdoor Learning Foundation in Salmon Arm.

This September, they’re both teaching at South Canoe school which is being converted into a full-time outdoor learning centre.

Within days of School District 83’s parent information night earlier this year, South Canoe had reached its capacity and will begin with 111 students this fall.

It’s attracted parents with children who are languishing in traditional classrooms. Many have behaviour challenges, and their parents are searching for something new.

But kids with autism or ADHD aren’t the only ones who can benefit from spending more time outside.

The growing body of research proves we all benefit from spending more time between trees rather than between cubicle walls.

Kids at South Canoe will still use classrooms, but will spend as much or more time outdoors. Some rooms won’t have desks at all, but communal tables to collaborate around.

It sounds like something you read about happening in those far-off, progressive Scandinavian countries.

I’m so impressed Salmon Arm is leading the charge locally.

Heck, now that my kids are seasoned outdoor adventurers, we’d likely consider it for our kids should Kelowna somehow follow the trend.

Maybe I’d even volunteer more often, now that I’m filled with the confidence of our week at Blanket Creek.

Not only that, but they appeared to be our children. By all accounts, we fulfilled our primary duty as parents.

Now, all we need is a holiday.